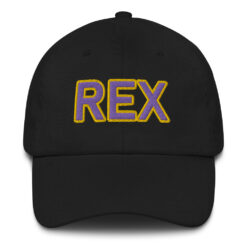 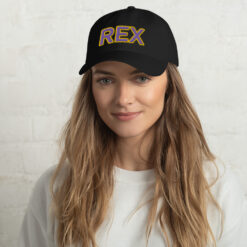 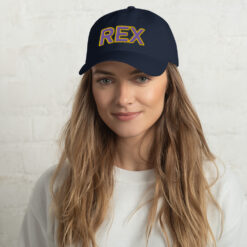 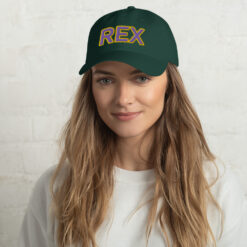 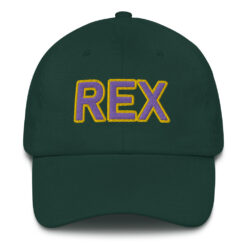 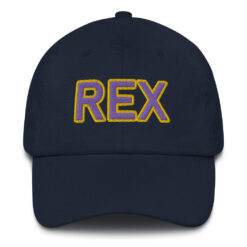 Our Rex hat is impeccably detailed and handmade in the USA. This hat has 6 panels, an embroidered front and back, and a hook and loop closure. Embroidery is shown on the front. 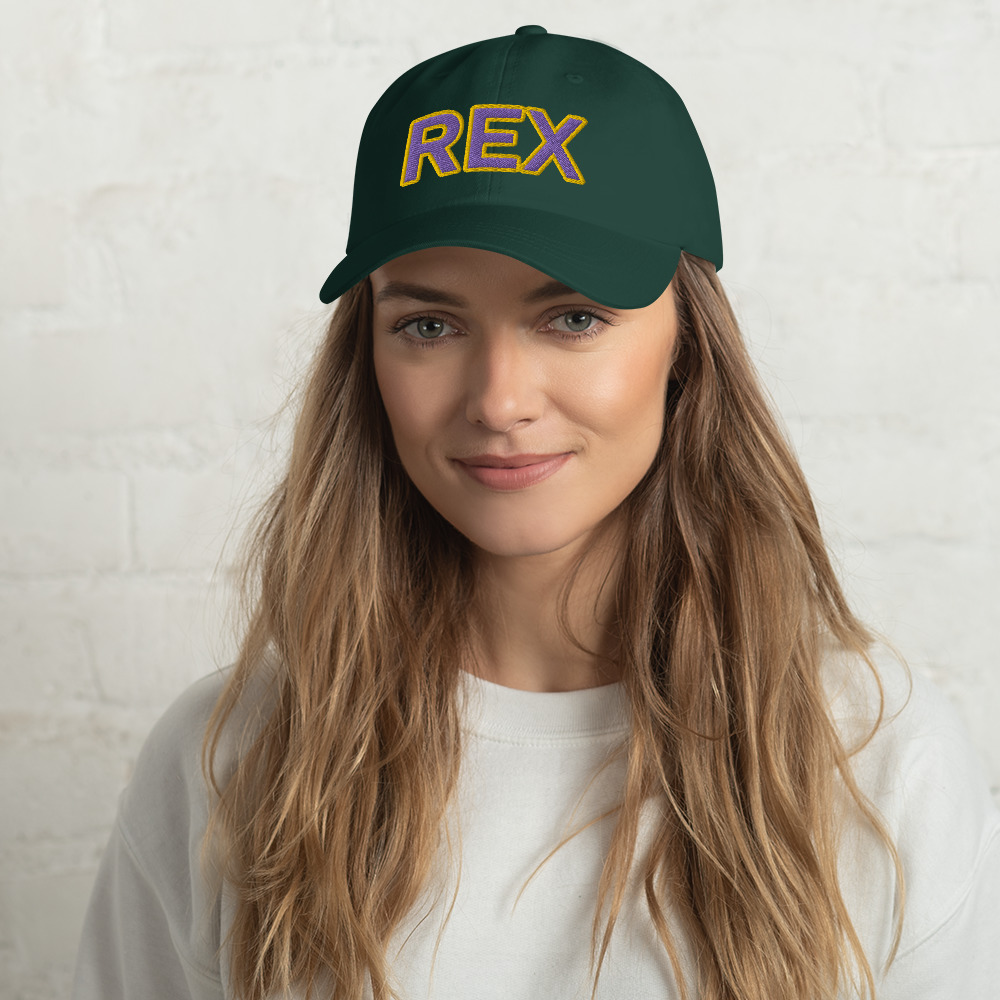 Honestly this is the best purchase I’ve made all year. I got it for my boyfriend and it’s super high quality. He’s going to love it.

You probably can’t guess why I really like
my REX hat. I saw Jim Carville on TV wearing his REX hat recently. Had to do some research to find out why he was wearing it. Found out that he was promoting a Mardi Gras event: The REX parade. Well, I didn’t know they named a parade after me so I just had to have the hat.

I was disappointed how long the order took but the customer service was wonderful and accommodating and the hat is cute!

Every Michigan Alum needs one